I am a graduate of Rutgers School of Law in Newark, New Jersey. I clerked for a year after law school for a Superior Court Judge in New Jersey where I assisted the judge in both criminal and civil cases.

I practiced law for five years in New Jersey specializing in real estate, land use, and family law. I also worked as a municipal court public defender where I set up a community mediation panel that helped to solve neighborhood issues without court intervention. 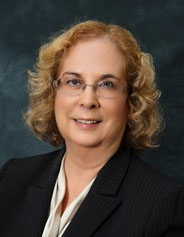 After relocating to Georgia in 1989 I joined the law firm of Bricks and Floyd specializing in real estate and family law. In 2000, I opened my own law firm that specialized primarily in all areas of family law including divorce, child custody, child support, juvenile law and adoption.

I am a certified civil and domestic mediator in the State of Georgia. My affiliations are the Georgia Office of Dispute Resolution, the Ninth District Administrative ADR Office of Georgia, and Cobb Superior Court ADR Program.

I have two grown children. I have served on the board of numerous community organizations during my career. Previously I was involved with Family Haven, a domestic violence organization in Forsyth County, Abba House, and Indio Trail, a non-profit that seeks to educate others about the indigenous tribes that originally inhabited this area.

The philosophy of my law firm is to provide the type of legal services that help individuals, businesses, and communities find lasting solutions to their problems. For most of us, conflict is a roadblock in the highway of life. An attorney should be the person who helps remove that roadblock so that you can get on with your life.